According to the Wikipedia’s article: “The Game of Life, also known simply as Life, is a cellular automaton devised by the British mathematician John Horton Conway in 1970.”

Given a board with m by n cells, each cell has an initial state live (1) or dead (0). Each cell interacts with its eight neighbors (horizontal, vertical, diagonal) using the following four rules (taken from the above Wikipedia article): 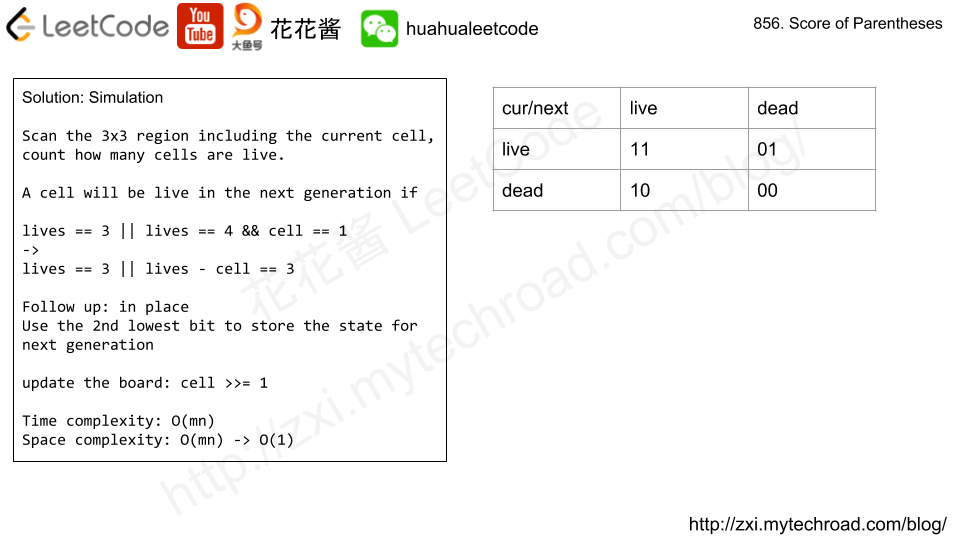 请尊重作者的劳动成果，转载请注明出处！花花保留对文章／视频的所有权利。
如果您喜欢这篇文章／视频，欢迎您捐赠花花。
If you like my articles / videos, donations are welcome.

Buy anything from Amazon to support our website
您可以通过在亚马逊上购物（任意商品）来支持我们

Published in Bit and Simulation