Given the root node of a binary search tree (BST) and a value to be inserted into the tree, insert the value into the BST. Return the root node of the BST after the insertion. It is guaranteed that the new value does not exist in the original BST.

Note that there may exist multiple valid ways for the insertion, as long as the tree remains a BST after insertion. You can return any of them.

You can return this binary search tree:

This tree is also valid:

花花酱 LeetCode 865. Smallest Subtree with all the Deepest Nodes

Given a binary tree rooted at root, the depth of each node is the shortest distance to the root.

A node is deepest if it has the largest depth possible among any node in the entire tree.

The subtree of a node is that node, plus the set of all descendants of that node.

Return the node with the largest depth such that it contains all the deepest nodes in it’s subtree. 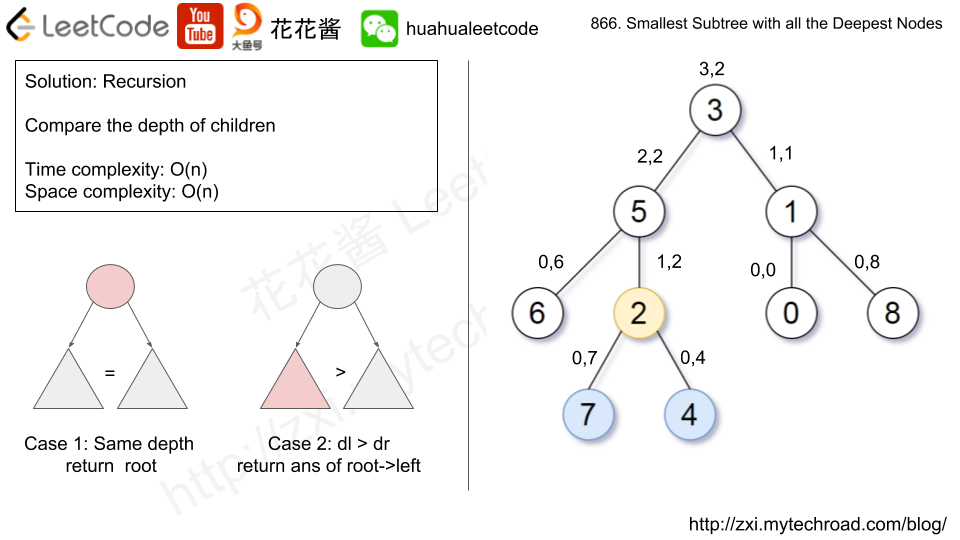 Given a binary array, find the maximum length of a contiguous subarray with equal number of 0 and 1.

Note: The length of the given binary array will not exceed 50,000. 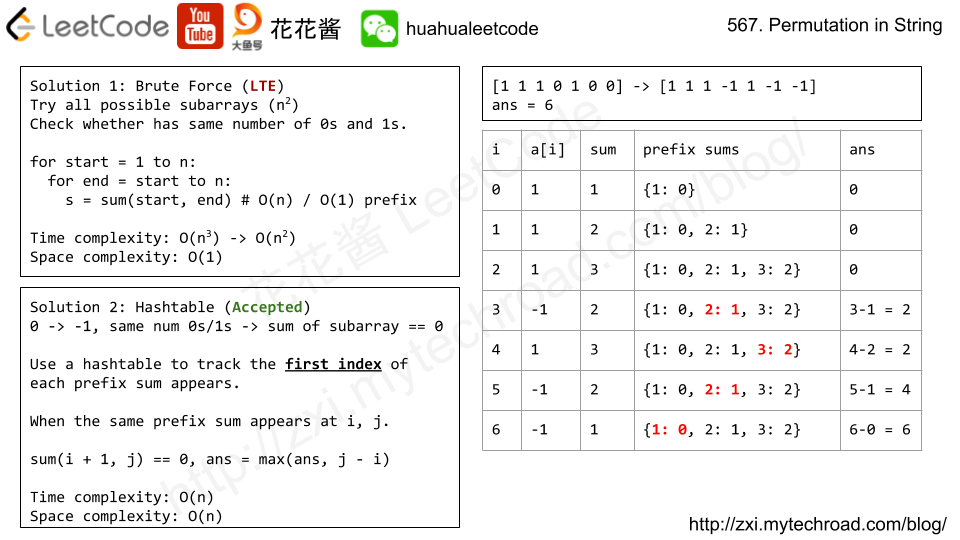 V2: Using array instead of a hashtable

Given a sorted integer array without duplicates, return the summary of its ranges.