Given a string, sort it in decreasing order based on the frequency of characters.

Explanation:
‘e’ appears twice while ‘r’ and ‘t’ both appear once.
So ‘e’ must appear before both ‘r’ and ‘t’. Therefore “eetr” is also a valid answer.
Example 2:

Explanation:
Both ‘c’ and ‘a’ appear three times, so “aaaccc” is also a valid answer.
Note that “cacaca” is incorrect, as the same characters must be together.
Example 3:

Explanation:
“bbaA” is also a valid answer, but “Aabb” is incorrect.
Note that ‘A’ and ‘a’ are treated as two different characters.

Sort the string based on element frequency

Given a list of airline tickets represented by pairs of departure and arrival airports [from, to], reconstruct the itinerary in order. All of the tickets belong to a man who departs from JFK. Thus, the itinerary must begin with JFK.

Convert the graph to a tree and do post-order traversal 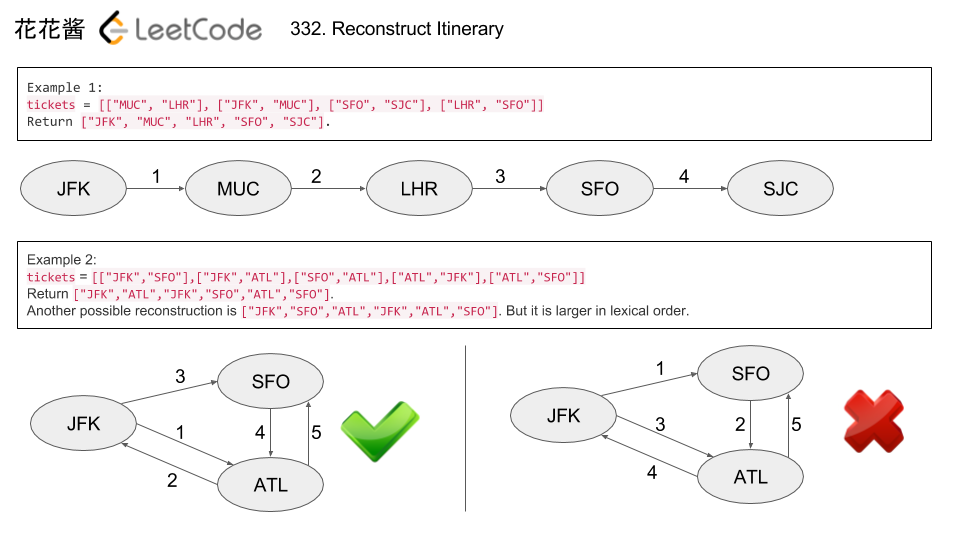 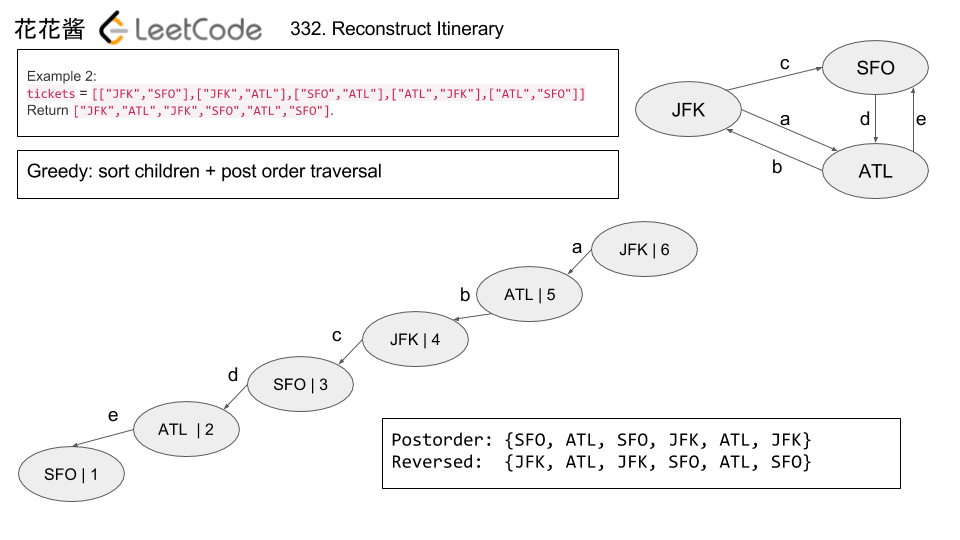 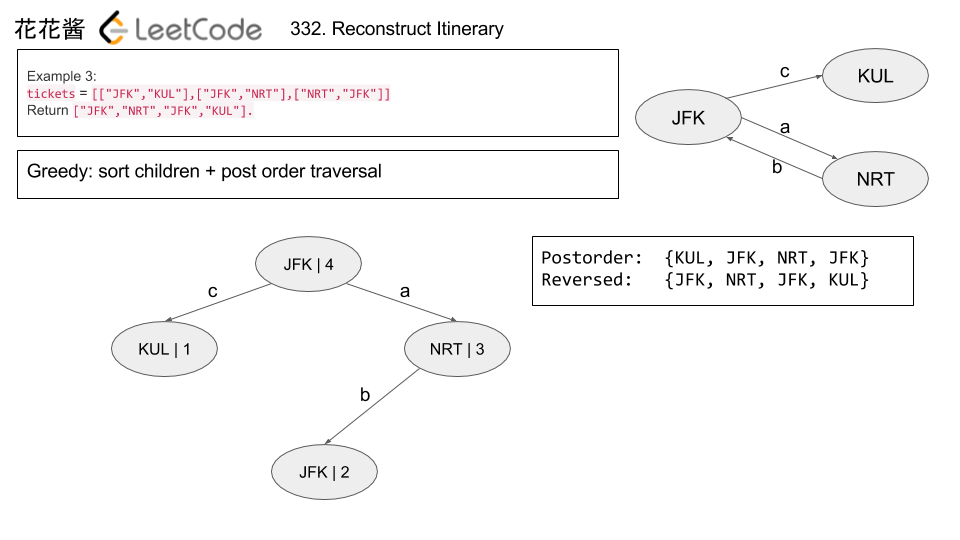 Design a data structure that supports the following two operations: 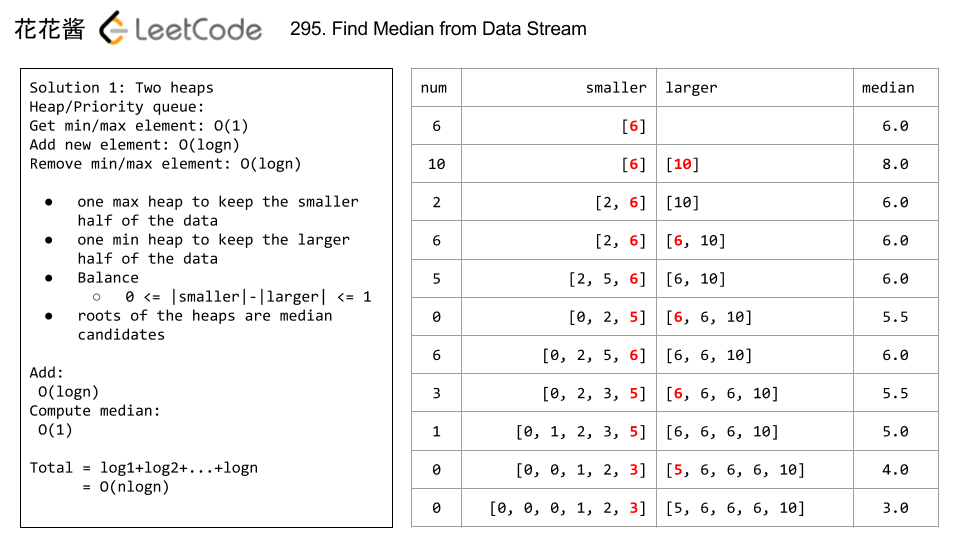 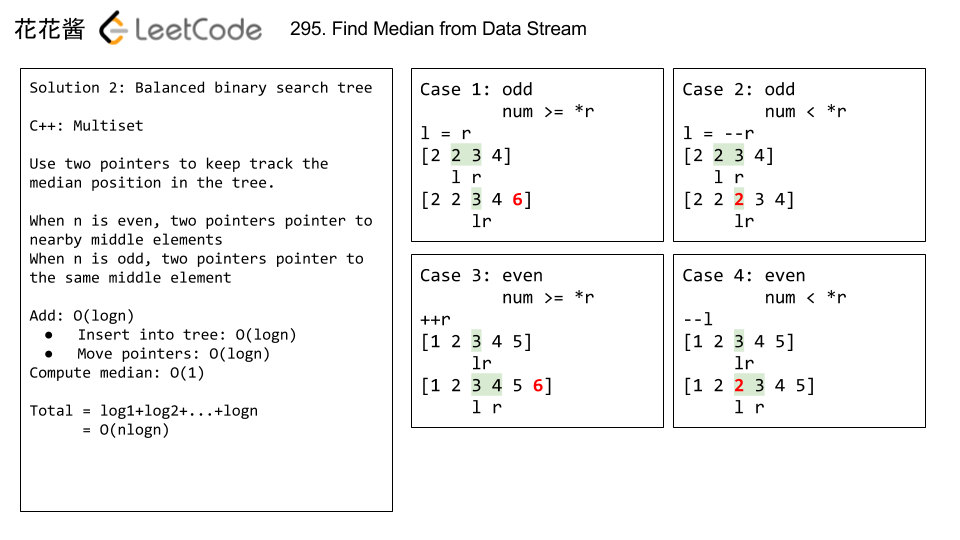 Design and implement a data structure for Least Recently Used (LRU) cache. It should support the following operations: get and put.

get(key) – Get the value (will always be positive) of the key if the key exists in the cache, otherwise return -1.
put(key, value) – Set or insert the value if the key is not already present. When the cache reached its capacity, it should invalidate the least recently used item before inserting a new item.

Follow up:
Could you do both operations in O(1) time complexity?

Idea:
Use Hashtable for fast mapping and double linked list for fast manipulation. 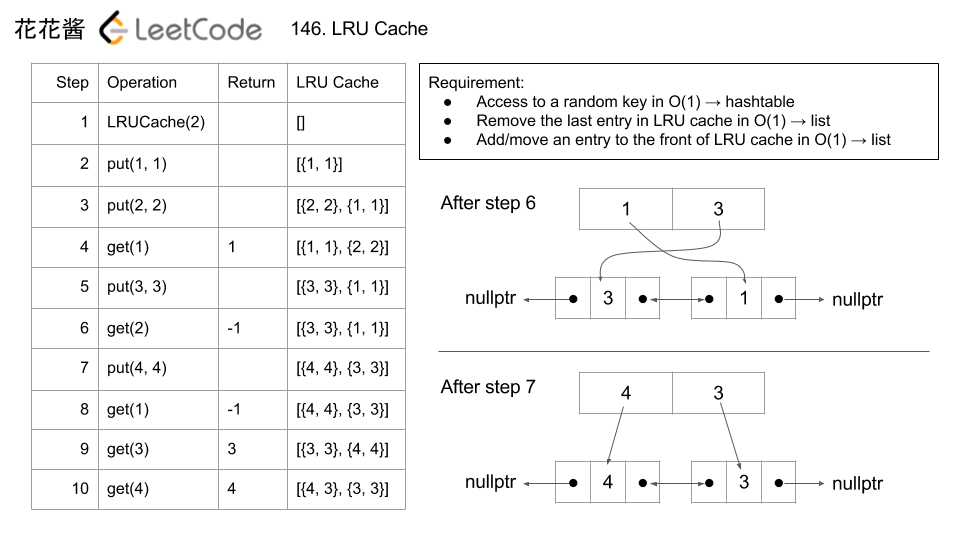 Implement a magic directory with buildDict, and search methods.

For the method buildDict, you’ll be given a list of non-repetitive words to build a dictionary.

For the method search, you’ll be given a word, and judge whether if you modify exactly one character into another character in this word, the modified word is in the dictionary you just built. 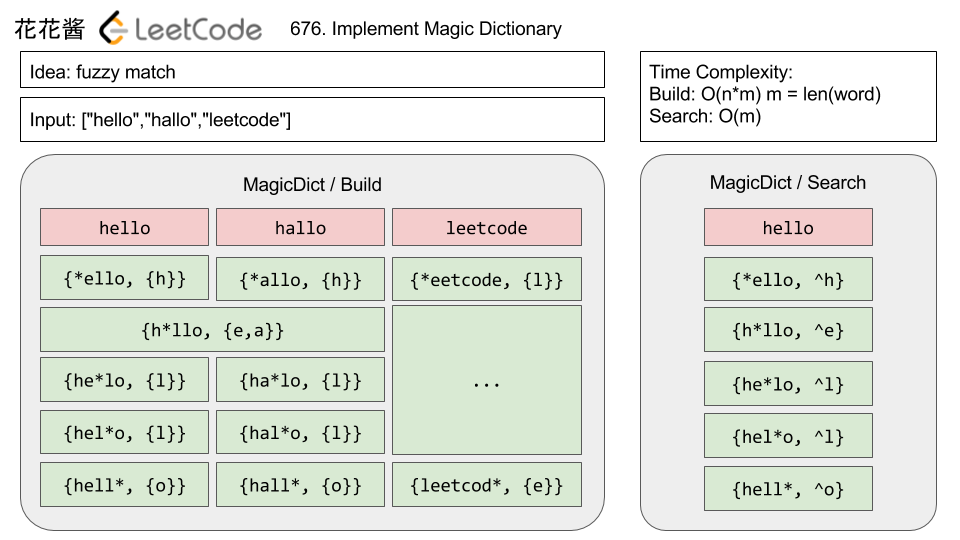